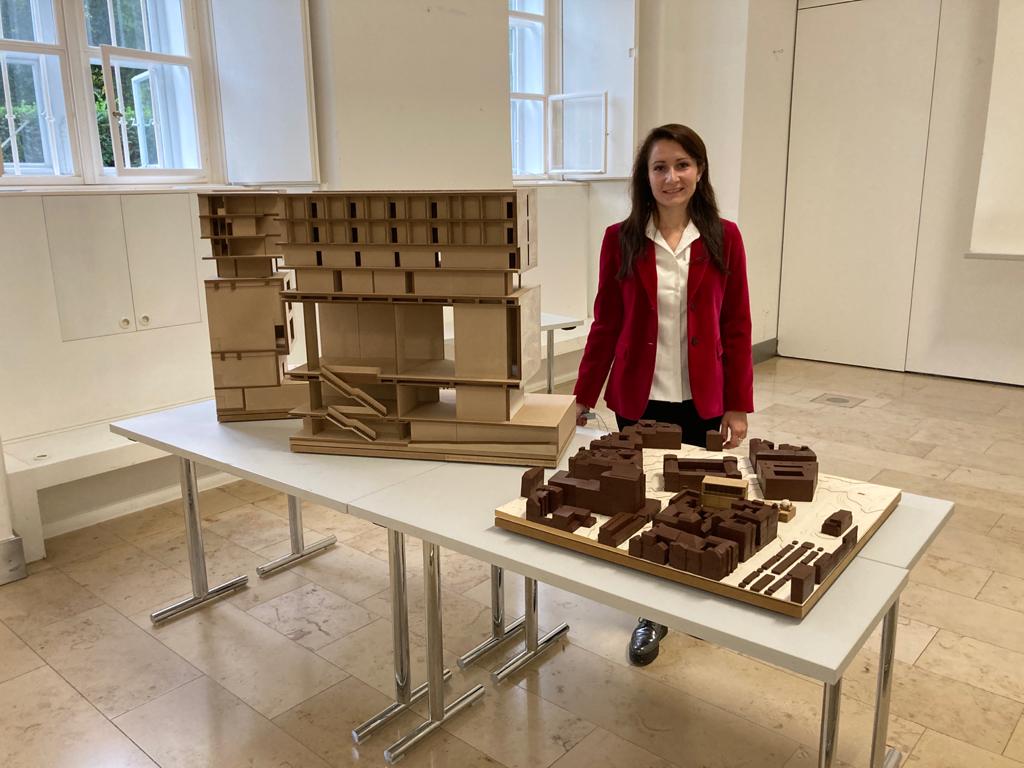 At the Vienna University of Technology kraftplex is now in use as a material for architectural model making. About one characteristic of kraftplex architect Rozin Naydenova is especially enthused.

Grey board, cardboard or wood is usually used by architects who are building their models. But when those materials are processed with a laser cutter, a problem appears: “The burnt edges can not really be avoided. You have to remove them by sanding the edges, which takes up so much time”, architect Rozin Naydenova explains. When she accidently found out about kraftplex during the model building process for her diploma thesis, she was very enthused.

The slightly darkened edges that appeared after laser cutting could easily be wiped off. “It works with a simple wet wipe, the one with the lemon scent you can buy everywhere. When I discovered that during my experiments, it was such a highlight”, says the alumna from the Vienna University of Technology.

The Vienna Secession made out of kraftplex

“The Vienna Secession. Extension: Exhibiting and Living”, is the title of Naydenova´s final thesis. She submitted her model, her design and her documentation at the Faculty of Architecture and Spatial Planning this October. “The Vienna Secession Building is one of the most influential buildings among the ones designed in the Austrian Secession style”, she states in her paper. 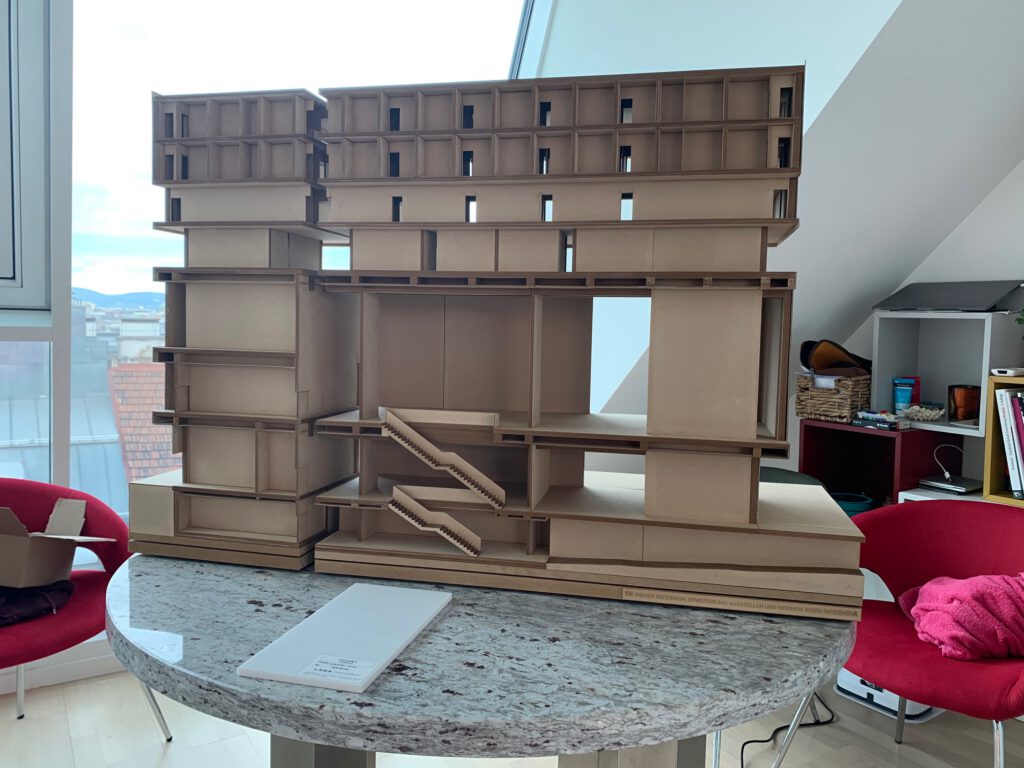 The Building, which the Bulgarian redesigned in the course of her diploma, was originally designed by architect Joseph Maria Olbrich. The house has an eventful history. By the end of the 19th century a group of artists resigned from the conservative Künstlerhaus. Under the new name Secession they formed an art association and planned their own building. Since 1898 the Secession Building has shaped the picture of the city. Today it accomodates – fittingly still – changing exhibitions of contemporary art.

For her diploma model of the Vienna Secession Naydenova has worked with kraftplex in the thicknesses 1.5mm and 3mm. To imitate white facade paint, she went for a treatment with pastel paint. “That worked out very well, because the material itself is already matte.”, she explains.

Not only the alumna has found out that kraftplex is perfectly suited for the construction of architectural models. She presented her model to all of her fellow students and professors at the Institute for Design theory. “In the end, the model went down very well with everybody and they all wanted to know, which kind of promising new material I had used”, the architect reports. They were excited, as they had not heard about kraftplex before. Thanks to Naydenova, kraftplex is now in use as a new material for model making at the Vienna University of Technology. 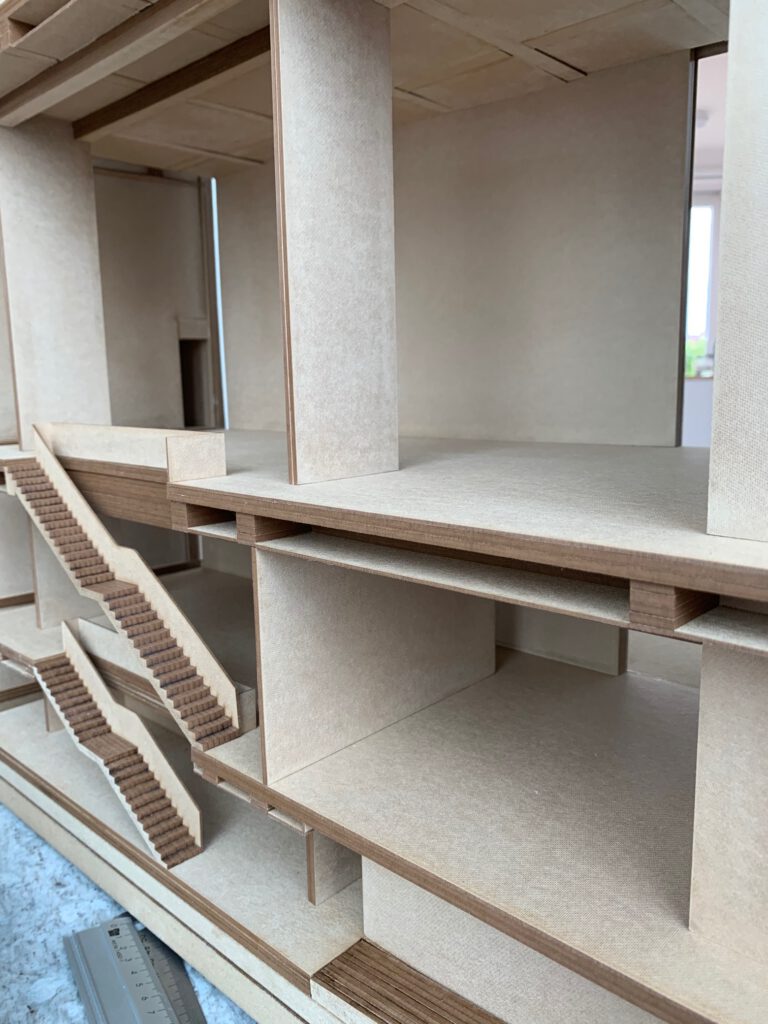